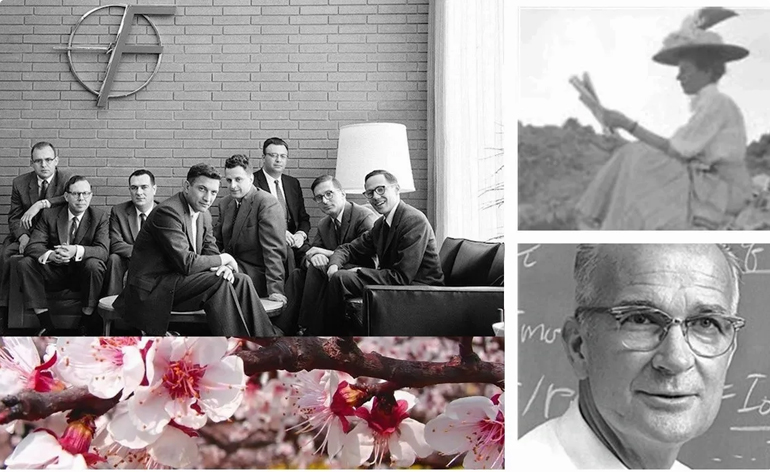 The true birth of the digital age occurred in 1947 in the Bell Labs New Jersey (which was the caldron of innovation at the time) with the invention of the transistor, the device that became to the digital age what the steam engine was to the Industrial Revolution.

The advent of transistors, and the subsequent innovations that allowed billions of them to be etched onto microchips, completely revolutionized our lives. Today more transistors than grains are produced by humankind.

The Bell Labs trio (Nobel Laureates in 1956) that would go down in history as the inventors of the transistor was: William Shockley, a solid-state physics expert and the team’s leader, John Bardeen (“Whispering John”), a quite quantum theorist, and Walter Brattain, an experimentalist. Shockley was not an inspirational leader; too autocratic, competitive and secretive — a one-upmanship show. Soon after the invention the team split.

Innovation happens in stages; in the case of the transistor, first there was the invention, next came the production. At 44, Shockley went through a midlife crisis and left his wife and the Bell Labs. He had plans to produce transistors by using gas diffusion to dope silicon with impurities. He then convinced Arnold Beckman, from Beckman Instruments, to invest in his start-up, Shockley Semiconductor, which would transform a valley known for its apricot orchards into one famed for turning silicon into gold — the Silicon Valley (SV).

Shockley decided to locate his company in Palo Alto – a small town around Stanford University – where he was raised, so that he could be near his aging mother. Full steam serendipity!

Shockley then recruited the eight most talented semiconductor engineers, almost all under thirty, he could find, including Robert Noyce, Gordon Moore (Moore’s law!) and Eugene Kleiner. As expected, Shockley performed badly as a leader, and after one year all of them resigned in the same day and formed Fairchild Semiconductors, where Sherman Fairchild (a playboy, an inventor, an entrepreneur and the largest single stockholder of IBM, which his father had confounded) invested $1.5 million.

“The traitorous eight” (as the group was labeled) turned out to be the right people at the right place at the right time. Fairchild became a commercial success, and generated dozens of spin-offs including Intel (founded by Noyce and Moore) and AMD.

More importantly, “the traitorous eight”, by investing their own capital, inoculated SV’s culture of investing in new start-ups (Eugene Kleiner founded the flagship VC fund Kleiner Perkins), where failure and entrepreneurship scars became a badge of honor, a sign of many fights and accumulated experience – it still amazes me the naturalness people talk about funding start-ups here.

Nowadays, a few semiconductor companies in SV — Nvidia, Intel, AMD, Applied Materials, KLA-Tencor, Lam Research, Maxim Integrated — enjoy a combined market cap of the size of the whole Bovespa. Confirming the sector’s vigor, the two largest acquisitions in 2020 were of semiconductor companies: $40B Nvidia-Arm and $35B AMD- Xilinx. Silicon has really turned into the most value-added material on Earth — Fabrica Ventures got its name because it is in the Fabs where the modern quantum alchemy occurs.

May Shockley, William’s mother, majored in both math and art at Stanford and was one of the first climbers to succeed in a solo ascent of Mount Whitney. William was born in London, but they moved back to Palo Alto. They lived 500m from where I live now, in Professorville, where homes were originally built for Stanford professors. Thanks to May, who could have imagined it!, semiconductors blossomed alongside apricot flowers.

The 20th century witnessed the clash between private property and statism.

Now, a new clash is taking form: decentralization (political and how we work) vs. centralization/globalism. Bell Labs and SV antagonist approaches can teach us greatly.